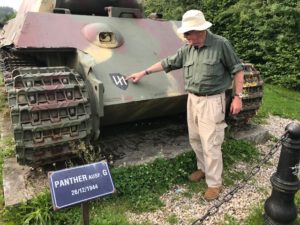 I take people on personalized tours of WW1 and WW2 Battlefields and also some battlefields in England, principally our Civil War. The tours can be anything from one single day or up to a week depending on clients’ wishes.

Smaller groups are preferred, travelling together in my own or clients’ cars but I am also happy to take larger groups in either mini buses or larger buses depending on the size of groups.

I normally meet clients at their hotels and take them on from there and of course accompany larger groups from wherever they wish to start from. Clients should make their own travel/hotel arrangements but I am always happy to give advice. 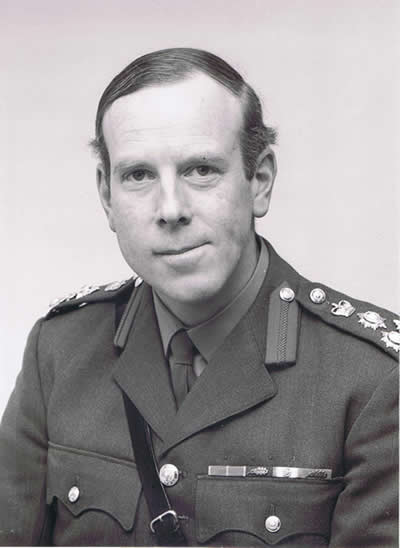 Johnny Rickett was born in Wales and was called up for Military Service in 1959. He was commissioned into the Welsh Guards, became a regular and left the Army as a Brigadier after 35 years. He has served all over the world principally in the Middle East, Far East, East Africa, Europe and the USA. He speaks Arabic, German and French fluently.

He has seen many periods of active service in Aden, Northern Ireland and when he commanded his battalion in the Falklands War in 1982. His final job in the Army was Military Attache in Paris where he first started taking a close interest in the battlefields of WW1 and WW2.

After leaving the Army in 1994 he ran the Union Jack Club in London for 15 years. Since his retirement he has become very active in charity work, being the Hon Life President of Veterans Aid, which looks after homeless ex military personnel in London and the President of Colonie Franco-Britannique near Paris, which looks after disabled people. He is also President of the RAF Air Cadets Squadron at Chipping Norton near his home and is also a Freeman of the City of London.

His passion is military history and his hobbies are shooting, fishing, falconry and gardening. He is married and has two children and three grand children.

His personality, knowledge and enthusiasm are unparalleled by any other tour. He takes you places where tour buses can not physically go, he shares stories that most others do not know and he makes the entire event unforgettable. If you are looking for a once in a lifetime, memorable trip to the beaches of Normandy, look no further. 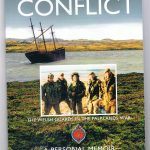 Being unable to conduct any tours this year because of the restrictions of Covid 19 Johnny Rickett wrote a book during lockdown. The title is ‘More than a Conflict – a personal memoir‘ and it describes the Welsh Guards’ antics during the Falklands War in 1982 when he was their Commanding Officer. The book tells […] 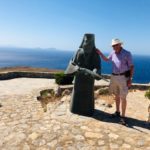 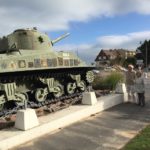 Photos from a tour in November 2018 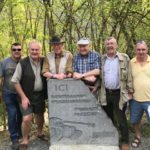 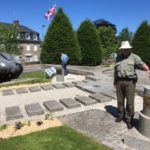 Photographs from tours in Spring 2017